After the promising warm weather of April, May has somewhat been a bit blustery, overcast and rather gloomy. In some ways perhaps my book reading was so promising for May after a spectacular April that in the end it reflected the weather somewhat.

I have felt that May was a month when I had too much choice, too much on the go and did not know whether I was coming and going reading wise. It started all so promising with a new author to me and a new genre. Ann Shorey – The Edge of Light, a book downloaded for free on my kindle and set in the American West during the 1830s. I look forward to catching up with the other two in the series in the future.

The historical theme which I always seem to fit in every month was continued in Ellis Island, early twentieth century Ireland and America in the Twenties. Jump to Norway and the Second World War and my first foray into translated fiction The Redbreast by Jo Nesbo . Although I admit to nearly giving up I persevered and I am so glad I did because it was an enjoyable book and I certainly would like to continue reading this series with detective Harry Hole.  As for translated fiction, I do not think I will be so frightened of it in the future, I could be missing out on some good books. 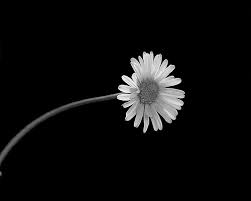 More cosy history and cosy crime came in the form of Miss Daisy Dalrymple in May, in her second adventure The Winter Garden Mystery. Combining the sedate thrill of an Agatha Christie with the time and setting of the 1920s, where any moment now, Bertie Wooster will pop up and say “What-ho”.  And that he did, he popped up on my kindle in My Man Jeeves, this is one of the earliest Wodehouse books published in 1919 and also featured a forerunner for Bertie, Reggie Pepper. Somehow I think Jeeves and Pepper sound more like a music hall act. It has brought to mind the television series featuring Fry and Laurie and should time and inclination allow I am going to venture back with Jeeves and Wooster (I read many in my very late teens, early twenties) and look again at the programmes and the stories.

Children books have been a feature for the year so far and they continue to be in May, Enid Blyton yet again with The Naughtiest Girl in the School and Jill Murphy with The Worst Witch Strikes Again. I read the first in April but have reviewed them both in May. Another of my favourite genres – school themed books!

Finding safety in authors and characters dominated (perhaps) in May, so with Daisy Dalrymple and knowing what I was getting with an Enid Blyton I went and popped along to visit Agatha Raisin and The Vicious Vet. I just love to hate Agatha! Knowing authors meant I had no trouble selecting Brian McGilloway’s Little Girl Lost when it was offered to me on Amazon Vine. A page turner and a stand alone book away from his Inspector Devlin series. Then came the short story offered for free on Kindle of The Stolen Child, well at least it was free. Do feel free to go back and have a look at my post regarding it.

How many is that so far…10 read. Not sure how to categorise A Matter of Trust by Robin Pilcher it was a rather middle of the road type of book, and forgettable in the fact that I have had to just go and read my review so I could remember it. Oh yeah, I remember now. So that was book 11 and to round off the month I finished 12 books Case Histories by Kate Atkinson was the final book of the month. I did not think I would finish it so quickly, but the story enthralled me and added incentive is it is on television on Sunday! Do look out for a TV versus Book review in the coming weeks.

So 12 books, not as many as April but then I was on holiday for a good part of April. But I never set myself a target because then I find myself under too much pressure, my only book reading target is to read 50 in a year and not buy so many books. (I passed that 2 books ago and well 1 out of 2 is not bad is it?)

I definitely feel my too much choice problem has gone away in the sense of reading and enjoying, and not thinking I should be reading what is out and current at the moment! Lots of lovely books are waiting to be read which makes me smile, when I see them spilling off the shelves, and arranged in piles as I move things around, for the umpteenth time.

I wonder where I will venture book wise in June? Only one way to find out I suppose…..