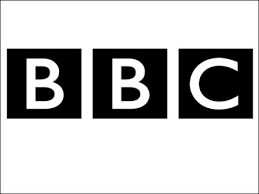 The BBC have launched their Books on the BBC season in a press release on the 25 January. Along with their Year of Books.

There is much to this season and the BBC has so much to offer us fans of books and reading.

This year the BBC will be celebrating books, in all their forms, by inviting audiences to free their imagination through the exploration, enjoyment and discussion of Books On The BBC.

As the biggest producer of books programming, the BBC has chosen 2011 to highlight and celebrate our related programming, from established literary strands to new documentaries, series and dramas.

Whether they are hardbacks or paperbacks, eBooks, audiobooks, costume dramas or radio plays, books tell stories, contain knowledge, pass on experiences and fire the imagination.

At the core of the BBC’s mission is the same truth. Since the BBC’s first broadcast in 1922, a key part of our role has been to impart knowledge through programmes that inform, educate and entertain, so we are delighted to champion the power of books through a broad range and depth of quality content.

There are going to be documentaries: Faulks on Fiction BBC 2 (I think Sat 5 Feb)

Author Sebastian Faulks gets to the heart of the British novel through its characters, in a new four-part series for BBC Two.

Faulks On Fiction explores the heroes, lovers, snobs and villains in classics such as Robinson Crusoe, Wuthering Heights, Great Expectations, Lord Of The Flies and The End Of The Affair.

Written and presented by Sebastian Faulks, the series tells the story of how the British novel made us who we are and features characters including Fagin from Charles Dickens’s Oliver Twist, Mr Darcy from Jane Austen’s Pride And Prejudice, Chanu from Monica Ali’s Brick Lane and Jim Dixon from Kingsley Amis’s Lucky Jim.

Fry’s Planet World (BBC 2) Anything with Stephen Fry is going to be interesting, well put together and informative.

Stephen Fry explores linguistic achievements and how our skills for the spoken word have developed in a new five-part series for BBC Two.

Major book events of the year are going to be covered including World Book Night and The Man Booker Prize. Culture Show Specials will feature on World Book Night and the essential ingredients of a bestselling novel.  The Radio 2 Bookclub will continue and Anne Robinson will ask personalities to share their life in books.

With all this talk of books there has to be TV adaptations of some great novels. The BBC does not fail. Birdsong by Sebastian Faulks, South Riding by Winifred Holtby (currently featuring on a number of blogs). Case Histories by Kate Atkinson turned into a 6 part drama featuring Jackson Brodie. I must get on and read this book! Sarah Waters’ Night Watch is also adapted. This was the first Waters book that I read, and I thoroughly enjoyed it. Culminating in Great Expectations by Charles Dickens which we have to wait to near Christmas for and takes us and the author into 2012 and the anniversary of his 200th birthday.

I have only covered some of the delights we are going to get and probably the ones I will definitely find time to watch. More details can be found here.