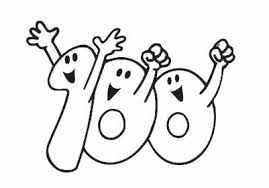 This is my 100th post (actually published post) I have some posts on draft for varying different reasons but will be published at some point…..perhaps in the next 100 posts.

I did not think I would make 100 posts, but I have and I thank all of the people who have picked up this blog and follow it. Thank you also for all the wonderful gems of books that I have now added to my collection or are waiting to be purchased.

Why pick 100? Well in politics they always measure the first 100 days in power. A subject (and a government) I will quickly gloss over! In the ‘arts’ – the top 100 films you must see before you die – the top 100 books you must read before you die – the top 100 places you should visit.   We are all put under a lot of pressure to fulfil 100 ‘things’ before we shuffle off this mortal coil. I wonder if I can use the quote as 100 quotes you must use before you die? Life gives us enough pressure as it is without having to count all the things we do. So what I am saying is this will probably be the only post about how many posts I have made on this blog.

Now what else about 100? Well at the end of every year the BBC Online Magazine Monitor is a little place of the web that perhaps not everyone knows about. Every Friday we are introduced to ’10 things we didn’t know last week’. That is a 0 missing I hear you say – very true. However, stick with me on this one. At the end of each year they compile a ‘100 things we didn’t know last year’. That is where I was going. Never fear I am not going to copy 100 facts for you to read but a mere 10 and that was an intentional missing 0.

These 10 come from various years not 2010. Let me know if you come across any of these interesting ‘things we didn’t know’?